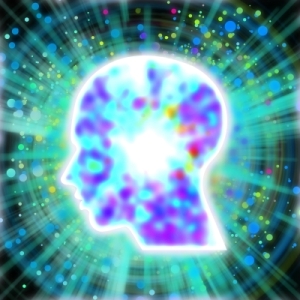 I had a crazy dream last night, or this morning depending on how you look at it, but I remembered most of it when I woke up.

It started with trying to find an exit on the highway, but along the way, I discovered an old friend standing in the middle of the road throwing bombs or fireworks in protest – of what? — I don’t know, but I told her, “Hey don’t you know this is considered fraud? – you can go to jail!”

Fraud – for fireworks?  Not sure where that was going.  But I could not get past her, and now I had to find an alternate route around her somehow to where I was heading – which is where, I don’t know?

I knew there was a building nearby with an elevator that could get me to the other side of the highway, and I knew the path.

So I find this elevator in some building by the highway, but when the doors opened, there are two drunk guys in the elevator.  One takes off quickly as if he didn’t want to be discovered.  The other stays there pretending he was just napping and not really drunk, but I said, “Hey Preacher, I know you were sleeping off a party night – you can’t fool me.”  He was annoyed at this and left.

A preacher?  Huh?  Why was he there in this dream?  And why was he drinking?  Why did I know?

After getting off the elevator, a friend (a new recent friend of mine in real life) was there with me. Her name is Rene.  She said she was trying to get to the same location as I.

So as we started off, we were once stopped on our journey again – for some reason.  Another obstacle – I don’t remember what that was, so we had to hitch a ride to get back to the highway.

How we got hitched up with some lady and a couple of her adult kids in the car, I don’t know but she took us to her house first – before taking us where we wanted to go.

But Rene’s feet fell right through the soil, and you could see a big large open area right below the bed, like the soil bed was placed over a underground hollow hole.

When her foot fell through, I was worried for Rene because she has health problems with her body, and I thought, “Oh don’t get hurt, be careful.”  We got her out of the hole carefully.

The lady driving the car walked us over to her yard.  She had big flowers in one area.  Some were Dahlias, large sized Clematis, and some roses.  I noticed aphids on her roses and casually said, “You have aphids here.”

She didn’t seem to take notice or care at what I said, and I kind of didn’t care if she heard me either.  We were just being patient waiting for her to take us back in the car for our ride to our destination.

After looking at the big flowers in the palm of my hands as I touched them, she casually moved a couple feet in the yard to an enclosed small garden space. It had two brick walls joined together on one side to create an L-shape, and other sides were open facing the driveway and not the other way, where there was a view.

In the center of this enclosed area were tall obelisks with plants going up and the ground was brick – and there was a couple flowering shrubs on the open side, but in my dream, I was unimpressed.  I thought the space was odd.

Then the lady says, “I have to speak to ‘so and so’ (the exact name, I can’t remember, but it was her designer and gardener and it sounded like a famous one) about those aphids.”

Suddenly, I could sense a breeze from an ocean beyond.  I realized her property was facing an ocean, but the brick walls blocked the breezes in her garden corner.  And I thought the obelisks were silly and the area had no Feng Shui.

All the while, I felt it unimportant to tell her I had some design ideas to change her space, or that her space seemed outdated.  I thought her fancy designer was not really designing anymore, just maintaining.  And the maintenance was routine, and looked a little boring or unkempt. There was no vision anymore, just a sense of someone took care of it and ran out for their next maintenance job.

But for some reason, I felt no desire to tell her I was a designer. I could critique this garden, but I thought I probably should not tell her so, because that would be impolite, plus I kind of didn’t feel overly compelled to do so.

The fact the walls were blocking the ocean breezes and confining her plants in an odd way was maybe cool for some reason before, but it felt strange now.

I also sensed the problem with the bed along the driveway was there to cover some mysterious hole and wasn’t working – plus it was dangerous.  Not a place for a garden space, but again, I didn’t mention my concerns, nor was I asked.

Why my new friend, Rene, was there in my dream? – I’m not quite sure.

Why my other long-time friend was throwing weird bombs on a highway which prevented me from getting to some mysterious destination? I don’t know.

This is all obviously trying to tell me something – and what that is – I DON’T KNOW.

Or maybe it was just the sushi food with a pomegranate martini I had last evening which was talking to me and the dream meant nothing at all.

I just felt compelled to write about it.

Photo above by:
Salvatore Vuono/FreeDigitalImages.net

2 thoughts on “Had a Crazy Dream Last Night”

One hour walk at Bolton Notch. Lots of interesting mushrooms out there.
The purple Datura flowers smell nice in the mornings. A delicate floral scent. #datura
First tomato on my dwarf plant. Supposed to be this color.
I like the tropical jungle look I’ve got going this season.
Succulents do very well in hanging baskets. Carefree too.
I love a table I got this year for my agave collection.
90 years old. Still kicking hay. That’s my Dad! Note the large catalpa tree on the right too.
Flowers from Syme Family Farm delivered to my mom. She loves the flowers. @symefamilyfarm
Elephant ears at my younger brother’s house. Good job bro.
Repaired my bent plant with poles and twine.